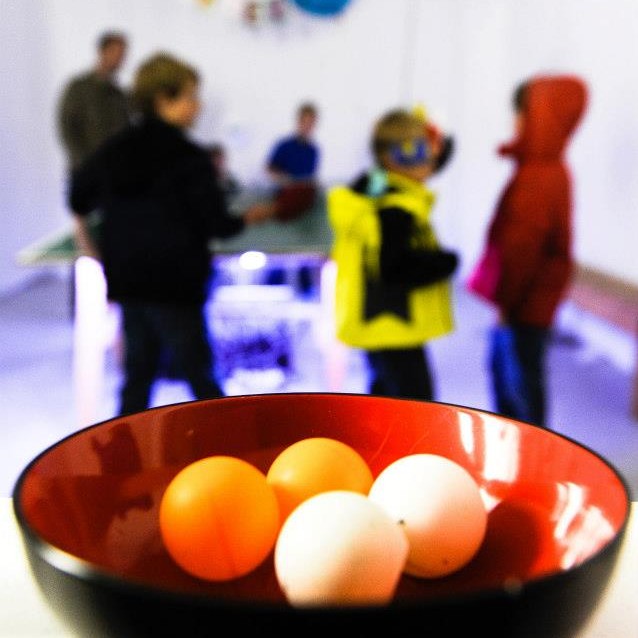 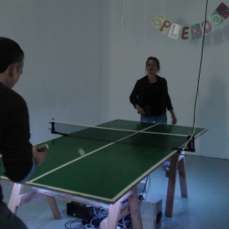 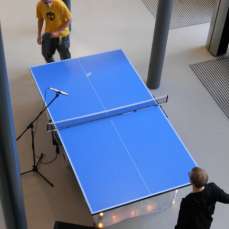 This table tennis table had been prepared in the Cageian sense by applying contact microphones underneath the surface. These fed a network of resonators and interpolating delay lines which sonified each ball bounce and controlled a battery of lights that sparked up with every strike. The total effect was as if your ping pong game had been used as a musical score for a piece by the bastard love child of Autechre and Basic Channel.